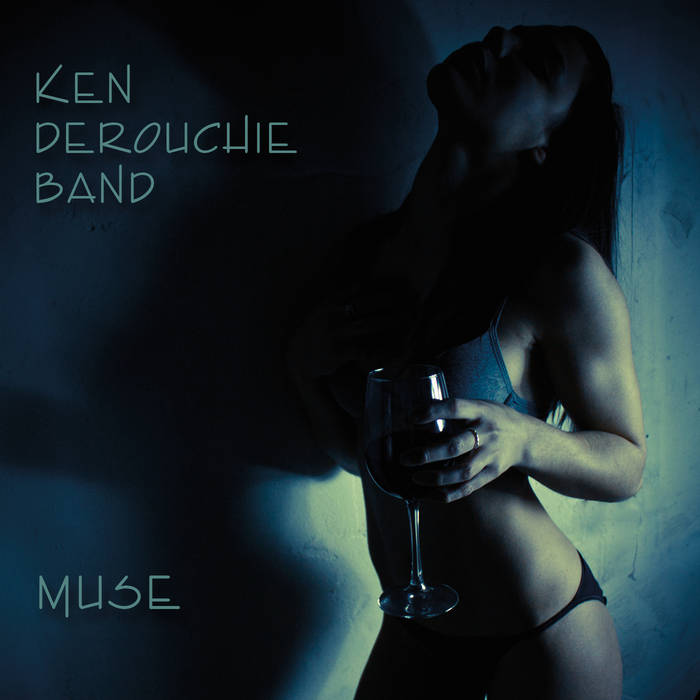 In 2005 the band started working on a new CD. By 2007 the project stalled out with very little getting
done on it. By 2011, after not having written a song in about 5 years I had thought I was done. I couldn’t
find inspiration and I just didn’t have any motivation to try. In the fall of 2011 that all changed, I finally
found my muse. (You know who you are)

I started writing some lyrics that ended up being the song “Muse” which is all about how I had shut
down and was finally rediscovering music and creativity. After finishing that song, others
started pouring out of me in a flood. It was actually hard to keep up with them.

Once I had the arrangements to 3 or 4 of the songs, I called my brother to
see if I could come by his studio and simply record them with an acoustic
guitar and vocal. The first song I recorded was “Guide You Home” and it
far exceeded my expectations. My brother suggested I record more
instruments on it and make it into a full band song. Once that song was
tracked my brother asked if I had any more songs. I told him I was
writing like crazy and he said “well, I think we need to do an album then,
don’t you?”.

I want to give a big thanks to the people who also
contributed to this recording: To my brother Doug, thank
you so very much for opening up your home and studio to
me for this project. You made this project possible and I had
the absolute BEST TIME. I miss you brother! To Jeff Knudson for
everything you brought to this record. TONE, Engineering,
production and of course the incredible guitar work. To long time
KDB bassist and incredible friend, Rob Busey for the lowness. To Alex
Shakeri for the “keys of life”. To my long time horn players and closest
friends Caleb Denison (trumpet) and Clayton Daffron (tenor sax) for their
wonderful parts throughout this CD. To Steve Moretti for laying down some
of the tastiestdrums ever to grace a KDB CD. To LaRhonda Steele who has
honored me by being on a third CD with me. You are my favorite singer in the
world and it gives me great joy to work with you.

Thanks to the special guests on this CD: Rae Gordon and Tracy Klas for
their incredible harmonies on “This Too Shall Pass”. Gavin Bondy for
the beautiful Trumpet parts on “Guide You Home”. Mark Steele for his
super tasty keys on “No Do-Overs and to Marc Hutchinson for the great
solo’s on ”Tryin’ to Tell

A HUGE thanks to Macy Langley and Riot Photography for the beautiful
cover photos she took for this CD. Big thanks also to Tim Denison for the
photos of the current band from March 2013 - Ken DeRouchie

This CD is dedicated to my brother, Doug DeRouchie. He was my inspiration to play
music when I was just 2 years old. He continued to encourage and support me as a
musician and artist my entire life and was a major reason this CD was made. He
engineered 8 of these songs in his studio, spent many many hours working with me and allowing me to work out all of the arrangements and had immense patients while I was working through writing and learning these songs.

Just days after the last track was laid down on This Too Shall Pass, my brother Doug
went in to the hospital with complications to a liver condition he had been fighting
for a few years. About two and a half weeks later he died. The death of my brother
was then, and is still, a profound loss to me. I miss him every day. I miss working in
the studio with him. I miss having dinner with he and his wife Angie. I miss playing
Eucher with them. I miss the laughter he brought out in every single person around him.

It is a deep regret for me that he didn’t get to hear this CD mixed and fully finished.
I think he would have liked it. Doug, where ever you are I hope you have a kick ass stereo so you can pop this in and listen to it at full volume. You did such an amazing job of recording this. Thank you for being my mentor, my friend, my brother and the one that brought music into my life. I will love you and miss you forever.

This CD is also largely due to a relationship I was in that started in October 2011. I know it’s cliche, but it was all about a girl I met and fell head over heals in love with. The songs I recorded at my brothers studio were all written about and for her. Even though we aren’t together anymore, I would like to thank her for being my muse and re-lighting the creative fire inside me. She helped me feel again, opened my eyes to the possibilities and showed me that I could love again. The result of my emotional re-awakening is this CD. It got me off my ass and back to doing what I do best, writing music. Thank you for that, I needed a jump start on my life and you gave it to me.
Ken DeRouchie - July 27th 2012 - Portland, OR

To Angie DeRouchie, you have never wavered in your support of me even when times
were so tough for you. You are a major inspiration in my life and I can’t thank you
enough.

To Pete Hansen, your support of me personally and of this band has gone on for
over 10 years. I will tell you all that Pete played a big role in this CD actually being
released. Thank you Pete, you really came through.

Lastly, I would like to say a huge thank you to my band members. Rob, Caleb, Jeff,
LaRhonda, Clayton, Alex... you’ve all stuck with me and believed in me and this music.We have the most amazing chemistry when we make music together. You are my family, my friends, my teachers and musical cohorts and there is no other group I would want to make music with. I love and thank you all from the bottom of my heart.
Ken DeRouchie June 11th 2013 - Portland, OR

Bandcamp Daily  your guide to the world of Bandcamp

Interviews With Butcher Brown and Slauson Malone, plus LP of the week by SAULT.